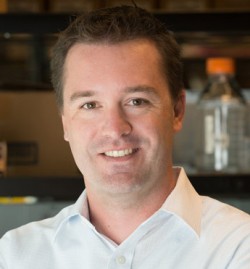 I am excited to share that I have joined Sana Biotechnology as a Vice President within SanaX where I will lead a group focused on engineering next-generation, human pluripotent stem cell technologies. I feel incredibly fortunate to be able to pursue this unique opportunity at this stage of my professional career. I am eager to work with the fantastic (and rapidly growing) team of people that Sana has recruited to create future cell and gene medicines.

Most importantly, I am incredibly grateful to all of the McD lab members (past & present) who prepared me over the past 17+ years for this chance to impact the regenerative medicine field in a new and unexpected way. I continue to be so impressed by this fantastic cohort of people who have defined the scope and impacts of stem cell engineering through the various career paths they have chosen and the leadership they consistently exhibit.

I also want to thank the many friends and colleagues who supported the lab and me when we first started at Georgia Tech in 2004, and also after we moved to the Gladstone Institutes and UCSF almost 7 years ago. The combined experiences of innovating platform technologies for scalable stem cell bioprocessing at GT with mechanistic understanding and cellular engineering of pluripotent co-emergence and morphogenesis at Gladstone and UCSF have aptly prepared me for this new challenge.

Lastly, at a time like this, I cannot help but think about my dear friend and mentor, Bob Nerem, and what he would say. Bob made several bold moves in his career based on his own barometer, which resulted in his ability to significantly influence the trajectory of tissue engineering, stem cells, and regenerative medicine. He achieved these feats by unselfishly bringing good people together, and mentoring and challenging individuals to be their best. I hope that I can honor Bob’s spirit in a similar way in my new role by identifying new avenues to interact and collaborate with friends in academia and industry.

Todd McDevitt’s research focuses on engineering technologies that direct the differentiation and morphogenesis of stem cells into functional tissue constructs. The lab is working to create human tissue models that can be used to study development and new approaches to treat multiple diseases that afflict the cardiovascular, neurological, immunological, and musculoskeletal systems.

He has received several honors and awards for research, mentoring, and teaching which includes: A New Investigator Award from the American Heart Association and the Society for Biomaterials Young Investigator Award, and was inducted into the American Institute of Medical and Biological Engineering College of Fellows and was awarded the California Institute of Regenerative Medicine (CIRM) Research Leadership Award, which enabled his move to the Gladstone Institutes in San Francisco in 2015.

His move to San Francisco also afforded him an appointment at UCSF as a Professor, in the Department of Bioengineering and Therapeutic Sciences where he became Program Director, for the UCSF Bioengineering Graduate Program, joint with UC Berkeley

After a successful stretch of research at Gladstone Institutes, publishing in some of the top journals in the field, Todd was recruited to Sana Biotechnology in 2021 as a Vice President within SanaX-- the innovative research arm of the company - where he will lead a group focused on engineering next generation, human pluripotent stem cell technologies.

Education & TrainingTodd graduated cum laude with a Bachelor of Science in Engineering (BSE) from Duke University in 1997 after double majoring in Biomedical Engineering and Electrical Engineering. Todd received his PhD in Bioengineering from the University of Washington in 2001. He completed his dissertation research in the laboratory of Patrick Stayton working on protein engineering and micropatterning techniques to spatially control cell assembly for cardiac and skeletal muscle tissue engineering. In 2001, Todd joined Chuck Murry's lab in the Department of Pathology as a post-doctoral fellow. His post-doctoral research focused on signaling pathways mediating the proliferation of cardiomyocytes derived from stem cells for the purpose of myocardial repair.

Georgia TechTodd moved to the Gladstone Institutes in 2015 after a successful ten years at Georgia Tech. During his tenure, Todd held the following positions: Carol Ann and David D. Flanagan Professor in the Wallace H. Coulter Department of Biomedical Engineering, a Petit Faculty Fellow of the Parker H. Petit Institute for Bioengineering and Bioscience at Georgia Tech, and the founding Director of the Stem Cell Engineering Center at Georgia Tech. McDevitt was the PI of the $3.6 million NSF Integrated Graduate Education and Research Training (IGERT) program on Stem Cell Biomanufacturing which was highlighted in Nature as an "out-of-the-box" novel graduate training program. In addition, Todd was appointed to a six-member panel of North American experts by the National Science Foundation to conduct an international assessment of stem cell engineering research and development efforts that are intended to inform strategic investments by the U.S. in this emerging area of biotechnology.